One of the most beautiful castles in Poland, with many bell towers and turrets, is spectacular.

The Moszna Castle (Polish: Pałac w Mosznej, German: Schloss Moschen) is a historic castle and residence located in a small village of Moszna, in southwestern Poland. The castle is one of the best known monuments of the Upper Silesian region and has been often featured in the list of most beautiful castles in the world.

The history of this building begins in the 17th century, although much older cellars were found in the gardens during excavations carried out at the beginning of the 20th century. Some of the those could have been remnants of a presumed Templar stronghold. After World War II, further excavations discovered a medieval palisade. 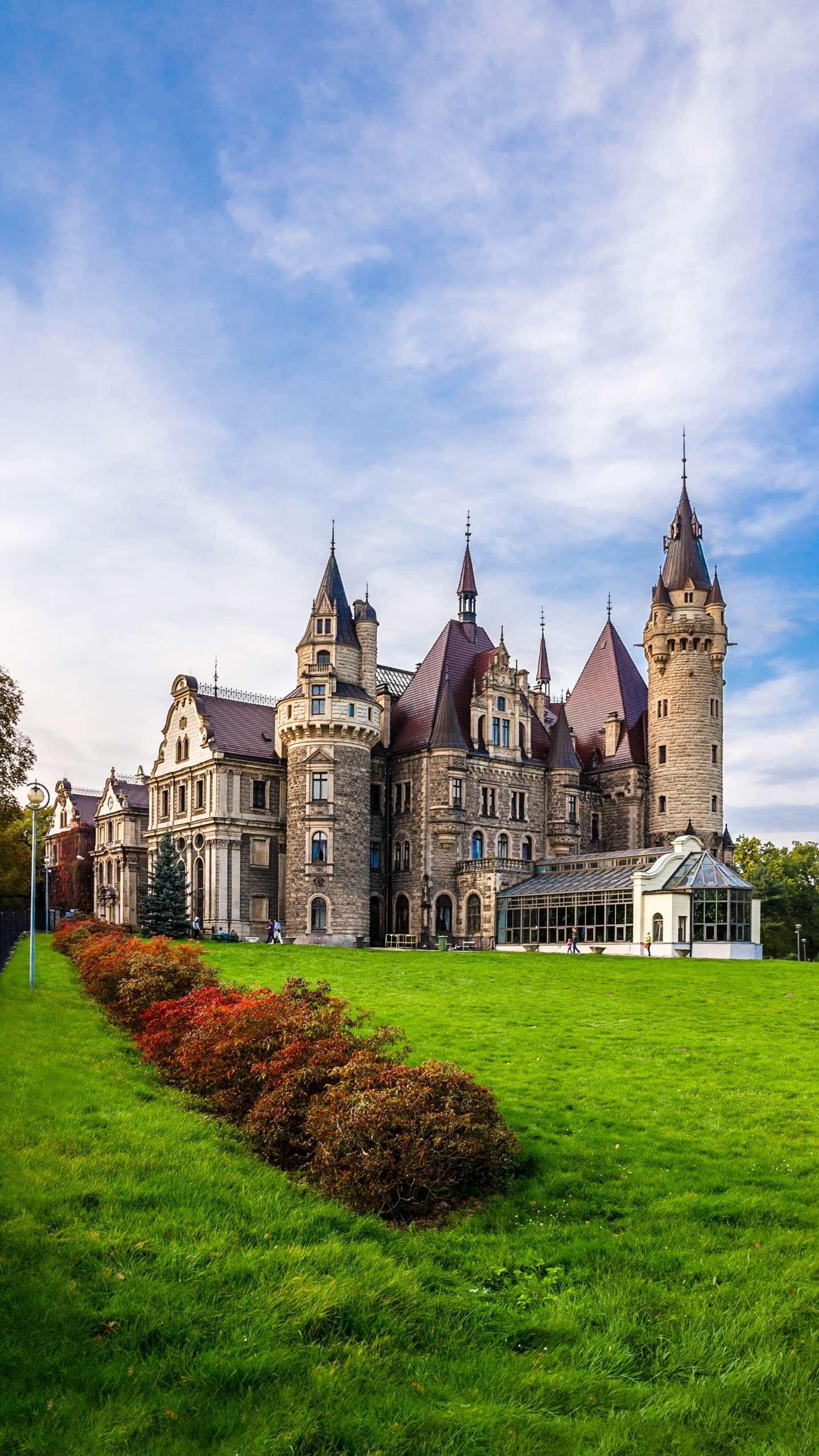